Every morning, the high school students in the school I teach in have Morning Socratic Devotions (MSD), where they, divided into small multi-year level groups, open up a devotional and their Bibles (each has one of each) and dissect the entry for the day.  Led by a senior student, each small group discusses the topic at hand, with the senior using his/her facilitation skills to encourage participation and enhance learning.

The topic yesterday was about revenge, and the discussions that I observed went the distance (each teacher looks after–but doesn’t participate in–one group), as each student reminisced, with more than a tinge of regret, about times when they were wronged and then took the matters into their own hands…which resulted in nothing but making the situation a lot messier. 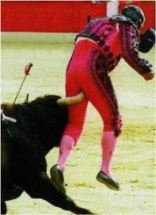 The MSD did a great job in bringing the message home into their hearts, as their journal entrees showed.  The lesson brings me back to an article I wrote several years ago about a friend who was about to lash out at someone from her past.

If you struggle with this, and I’m sure many of us do, then allow my article to speak volumes into your heart as well.  Enjoy!

For Those Who Have Been Wronged (made sometime in 2005)

I recently tried to calm down a friend who was very upset with an ex boyfriend.  He wronged her very badly (in her eyes, at least) and she was good and ready to lash out at him. As I’ve been saying in past articles, the Bible is the single best source of wisdom you can have, and I used it heavily in my efforts to stop her from doing things she might regret later.

“All Scripture is God-breathed and is useful for teaching, rebuking, correcting and training in righteousness,” (2 Tim 3:16-17, NIV)

Were you in a similar situation where you wanted to lash out at someone who wronged you?  If so, try reading Romans 12: 17-21 and I’ll dissect the passage verse for verse for you.

“Do not repay anyone evil for evil. Be careful to do what is right in the eyes of everybody”

Now read the second part again.  When you have retaliation in your mind, do you take into account to “do what is right in the eyes of everybody”?  One villain is enough in this story, would hate to have two.

“If it is possible, as far as it depends on you, live at peace with everyone.  Do not take revenge, my friends, but leave room for God’s wrath, for it is written: ‘It is mine to avenge; I will repay,’ says the Lord.”

First part is self-explanatory.  It doesn’t mean that you become a human doormat, but it means that when problems arise, you solve it in a way that peace is returned.  The second part will also come true if you allow it in faith.  Sometimes you just gotta step aside and let the Lord do His work in people’s hearts, especially if they’re a tough nut to crack.  You will not repay, the Lord will…if you let Him (keyword “if”). 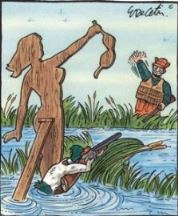 “On the contrary: ‘If your enemy is hungry, feed him; if he is thirsty, give him something to drink. In doing this, you will heap burning coals on his head.’”

I told my friend that if she turned around and used this tactic the Lord will make him so plagued with guilt that he would have to have a change of heart, which will transform him into a better person.  Killing someone with kindness, I guess.  Not only does it work, relationships are also restored.

“Do not be overcome by evil, but overcome evil with good.”

It’s easy to be overcome by someone’s malevolent actions and “give him a taste of his own medicine”, but that’s not the right way to do it, according to the Bible.

And don’t say you have no choice, you always have a choice.

I would like to give you another verse: “Get rid of all bitterness, rage and anger, brawling and slander, along with every form of malice. Be kind and compassionate to one another, forgiving each other, just as in Christ God forgave you.” (Eph 4:31-32, NIV).

So have you been wronged?  Just close your eyes for a moment and ask God to give you the grace to forgive that person and even wish him well…and mean it.  I bet you, all burdens will just fly away.  Woosh!

I’d like to get your thoughts and/or experiences on this matter.  Your comments are most welcome.
Posted by Carlo Manuel Alado at 1:18 PM 2 comments: Links to this post