I’m not usually a materialistic guy.  I can be content on very little.  However, Father’s Day is coming up, and so humor me for a second while I throw my non-avaricious hat out the window and come up with some of my favorite “I wants” for this special day when gifts for fathers are expected. It’s also a huge temptation that Amazon.com has some drool worthy Father’s Day goodies on discount.  I feel like a kid in a candy store.  I wouldn’t consider these gifts if it were not for the discounts Amazon gives us dads (or to the people buying gifts for dads) this very special day. So, do you want to know my wish list for Father’s Day gifts?  Here are some things that get me excited: Movies and Music

1.     The Avengers.  Okay, okay, The Avengers is not out for home viewing just yet, but the movie absolutely blew me away when I saw it, and so even if someone hooked me to be on the wait-list, I'd be happy. 2.    Lecrae albums like Rehab and Rebel. My favorite Christian rapper of all time.  I'd like to collect his work.  Too bad Cagayan de Oro, Philippines is a bit wanting on the Christian Hip Hop scene, so I’ll have to depend on outside (the country) sources. 3.    Rhema Soul's new album Red.  This awesome group is what got me into Christian hiphop in the first place.  I’ve heard parts of their newest work and I must say, I’m once again impressed.
Read more »
Posted by Carlo Manuel Alado at 2:09 AM 3 comments: Links to this post

Email ThisBlogThis!Share to TwitterShare to FacebookShare to Pinterest
Labels: about me, father's day, gift-giving

A parenting word about gift giving, part 2: "I Want That Toy!"

In my previous blog on the subject, I promised that I would make an entry on what gifts I’d like to recommend.  Well, one of my greatest parenting mentors beat me to it, and on a national daily, no less.

One of my bosses, Ann Barrameda, was featured in the Manila Bulletin article called “I Want That Toy!” In it, towards the end, she gave excellent suggestions on what gifts to buy for the little ones.  They’re all spot on, but that’s what you’d expect from one of the best Montessori educators in the country. I have learned so much from her, not only as a member of the faculty, and not only in the parenting talks she gives in the church we go to, but even just having casual conversations with her over lunch breaks at the school.

Much of the best advice I’ve ever gotten came from Teacher Ann, as she is fondly called in the school.  In fact, I’ve gotten, and will continue to get, all of the suggestions she mentioned in the article.

The article, however, is about handling your child’s tantrums during Christmas shopping, and the advice given on that matter is excellent as well.  Again, long before this article came out; I have taken her advice and let the kids indulge themselves in NBS and Booksale during trips to the mall.  They can stay there for hours!

Enjoy the article, and make the right choices this Christmas season.

A parenting word about gift giving

This is a reprint and modification of a blog I made years ago.  Hope you enjoy it. 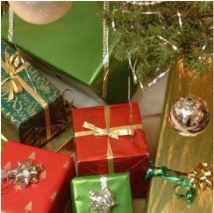 It’s Christmas time again, and one of the SOPs of this time of year is gift giving.  For me, the frequency of gift giving is pretty intense during the ‘ber months.  My birthday is in October, my wife’s in November.  My two oldest children were born in December and October, respectively.  Then there’s the manic gift giving of Christmas…and for me that means buying a gift for the Kris cringles of all three of my kids, my work Christmas party, my small group’s Christmas party, and my mom’s small group’s party…and…and…it’s just so much.

Over the years, my wife and I, and especially our kids, have received tons of gifts.  Unfortunately, many of these gifts are not necessarily beneficial to the ones who receive them.

I have attended many parenting talks hosted by my church community (Christ’s Commission Fellowship, or CCF for short, a great disciple-making church located downtown), and often times, the verse Luke 2:52 comes up.  It is the last verse of Jesus’ childhood, and it goes:


“and Jesus grew in wisdom, and stature, in favor with God and man.”

Here’s a great model of how a child should grow.  Jesus grew in wisdom (intellectually) and stature (physically), in favor with God (spiritually) and man (socially).  Everything that we do with our kids should be purposeful in developing these four areas.  To me, that “everything” should include gift giving.  I have made it a point that whenever I give a gift, it should help develop the recipient intellectually, physically, spiritually, and socially.

Allow me, oh gift-givers, to list down what I’d stray away from when I shop for gifts (very un-Luke 2:52).  I’m sure this list in not extensive, but it’s a great start.

1.  Candy.  Often times, loved ones (especially from abroad) will shower my kids with huge bags of candy.  I appreciate the gesture, but I don’t think it’s the best thing for them. The reasons are obvious: bad teeth, negative nutritional value, and bad dietary habits (it will take many, many days of constant junk-food binging to finish these bags).  I actually tell them my concerns here and instead advise them to give dried berries & trail mix goodies instead. Generally, the relatives comply.

2.  Toy guns.  I was advised by a great parent and mentor not to buy guns for my son, because they do nothing for him except allow him to make-believingly act out violent scenes.  I totally agree.  Kids don’t need to pretend-shoot their friends, and they won’t benefit or learn anything from doing so.  Remember, the young child is constructing himself—and if that construction involves “bang, bang—you’re dead”…well, he may not ever shoot anyone, but he’s not learning the best values, either. 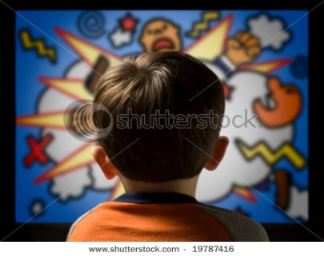 3.  Violent programs/cartoons.  A mentor of mine often says that kids of a certain age tend to hero worship and tend try to be like the heroes they idolize.  Now, if the moral example they get is very violent, what will be absorbed in their little heads?  I know some irresponsible parents who allow their kids to watch violent programs (explicative-filled action movies, reality boxing shows, etc.), and then their kids run out and re-enact the scenes on the playground.  Even children’s programs themed on “good guy beats the tar out of the bad guy” shouldn’t be shown to very young audiences. 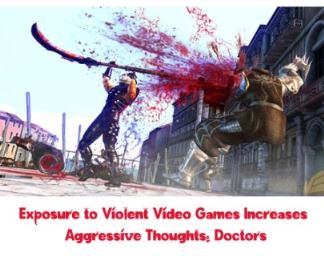 4.  Video games.  Same story as above plus (and this is a HUGE plus) they are very, very addicting…I should know.  I have some video games for the kids in the computer, but they’re usually puzzle games or ones that teach typing skills.  Still, kids today are quite sedentary compared to previous generations, and so the gifts given should encourage them to get out some (grow in stature, remember?).  Video games, with few exceptions, don’t do that. 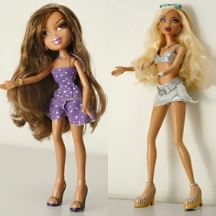 5.  Media or toy franchises that promote vanity or self-consciousness.  With all the narcissism that gets pounded into our minds every day, the last thing my kids need is some Bratz merchandise that will make them more conscious of “strutting their stuff” and all other emotions focused on self.  I want my kids to be modest and others-centered.  Their Christian and Montessori backgrounds do a good job there, but they can’t be totally sheltered from all the “spaghetti pababa” (a suggestive Filipino song) stuff out in the world.  Me, as a gift-giver, will not promote that culture to the kids I give gifts to.


This season, I will do my utmost in choosing gifts that help the recipient grow in wisdom, and stature, in favor with God, and man.  If I have time, I’d post a blog with my recommendations on Luke 2:52 gifts.  Stay tuned.  Oh, comments are welcome.