There’s been an outbreak of leptospirosis in Cagayan de Oro. Here’s how you can safeguard yourself and your family

Bad news, everyone living in Cagayan de Oro City.  The Department of Health (DOH) has announced that there has been an outbreak of leptospirosis in the city.  A child of a friend’s co-worker has already been admitted for several days.

I went to the Leptospirosis Information Center website and got some information on what precautions to take against the disease, and I copy-pasted all the information from that page below for your reference.  Please be careful, everyone.

All cases of freshwater flooding will lead to an increased risk of human leptospirosis, especially those where the areas affected include dwellings and farmland, and where the water remains present for several days. This is also the case with other waterborne diseases and pathogens. Where flooding is entirely due to saltwater there is little or no risk from leptospirosis as a direct consequence of the floodwater, as the bacterium cannot tolerate saltwater. There is however an increased association of rodents and humans, as the rodent population seeks shelter from rising water and food supplies.

The primary concerns following flooding are the provision of clean drinking water and prevention of disease. Flooding will always impact on drainage and water supplies, leading to cross-contamination and loss of supply integrity. In remote areas, this can lead to the use of contaminated supplies as the only option.

For all those living and working in the flooded areas, the information on our website gives a complete list of risks and infection routes, which we summarise below. For detailed guidance see the links at the bottom of this page.
•    The infection is caused by swallowing the bacteria directly from water, absorbing it through cuts in the skin, or via food. IT IS NOT AIRBORNE and cannot be passed by normal human contact.
•    The bacteria live in freshwater and are killed instantly by heat, disinfectants, acids and alkalis. Normally-cooked food and boiled water will be safe. They are also killed by being dried out, which is why floods increase the infection rates even when leptospira are normally present in an area. The contents of sealed containers (tins, cans and bottles) will be perfectly safe provided the container is undamaged and is allowed to dry or washed before use. Peeling most fruit and vegetable species will also remove any leptospiral hazard as the bacteria only exist on the surface. 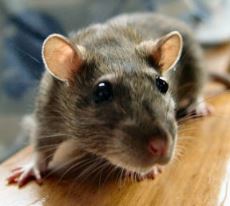 •    The bacteria exists in several ‘reservoir’ species, most commonly in rats but also present in other rodents, cattle, pigs, sheep and horses. It is usually spread by the urine of a carrier animal entering water or food stores. It can cause illness in humans and all mammals but it is rare for domestic pets to pass the illness directly from animal to animal (or from human to human).
•    Doxycycline offers some protection against severe illness and is the best and normal medication to be given in these situations, but it cannot guarantee protection and a mild illness may still occur.

The early signs of infection occur between 4 and 10 days after exposure, and usually begin with a fever, a red skin rash and a general influenza-like feeling. Headaches, reaction to light, muscle and joint pains, vomiting and fatigue are also common. Most cases recover after a mild illness of a few days, but some progress into a severe illness over 5-7 days. The patient gradually becomes more fatigued and will report headaches, fevers, generalised pain, bruising of the skin, bleeding from the nose, eye pain and gastrointestinal discomfort. In some but not all cases, the liver is affected and the patient shows jaundice (yellow skin pigment). Very similar early symptoms can be caused by a number of other waterborne diseases, and the usual diagnostic method is isolation of the bacteria from blood samples.

The treatment for infection is by antibiotic therapy (doxycycline and others) and management of the symptoms of each case as they appear. A low dose of doxycycline can act to reduce the chance of severe illness but there is no generally-accepted human vaccine and previous exposure cannot guarantee immunity, due to the large number of bacterial strains involved.

For those in a flood-affected area, the following guidance is issued:
1.    Anyone working in flood water should protect any broken skin with a waterproof dressing, and should ensure they do not allow water to enter their mouth (via the hands, or via food or clothing).
2.    All food and drinking water should be protected against contamination. Fresh vegetables and fruit should be washed in CLEAN water and then cooked or peeled. The bacteria will only contaminate the outside of food items, and animals infected with the bacteria will be safe to eat if thoroughly cooked.
3.    All drinking water should be boiled unless it is known to be absolutely safe. Physical filtration through ceramic or charcoal filters is not adequate for leptospirosis.
4.    Food should be protected against rodent attack wherever possible
5.    Everyone should be aware of any illness during and in the weeks following a flood, and seek medical attention for any fever matching the symptoms above.
6.    Where medication is generally issued, stick to the doses and instructions given to you.

General distribution of antibiotics to a population following natural disasters follows guidance issued by the World Health Organisation. Normal protocols state that identified cases of human infection must be confirmed, or a large number of cases suspected, before the general population is issued prophylactic medication. When this is decided upon, the normal program is a single 200mg oral dose of doxycycline for all adults over 12 years of age (excepting pregnant and breastfeeding mothers). In these excepted cases, medication is chosen on a case-by-case basis. Each 200mg dose provides benefit for up to 7 days, so the dose may be repeated if high-risk conditions persist longer than this.

Unless illness develops, it is not advised to increase the dose. Education and monitoring for the population is essential to ensure cases are detected as early as possible, for the benefit of both the patient and the remainder of the population.
Posted by Carlo Manuel Alado at 6:50 PM